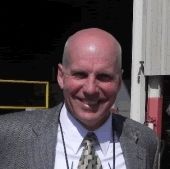 Locally, Albrecht is the chair of the Yosemite Stanislaus Solutions group, which has been active in the Rim Fire Recovery efforts. He is also a past-President, and current Board member, of the organization TuCare. In addition, Albrecht is a Board of Director for the Associated California Loggers, and he was the 2003 President of the Sierra Cascade Logging Conference.

As reported previously, Albrecht was also named the “Logger of the Year” at the 2013 Sierra Cascade Logging Conference.