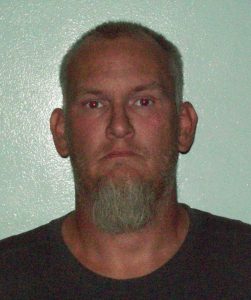 Sonora, CA — A man on parole was arrested in Sonora on a charge of assault with a deadly weapon.

The Police Department reports that 41-year-old James Vanhorn was taken into custody on Sunday afternoon in the 100 block of Hospital Road. The PD says Vanhorn used a walking cane to attack a 30-year-old male. The victim had allegedly been questioning a female friend if she received injuries from Vanhorn. The female said no, but then Vanhorn allegedly attacked the male. The victim suffered large welts on his head in the fight, but he did not require medical attention.

The Sonora Police Department reports that Vanhorn is on AB 109 release from prison, out of San Bernardino County, for felony resisting an officer.