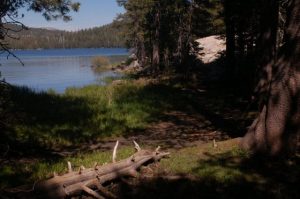 Washington D.C. — The U.S. Forest Service is proposing permanent new rules that would require media organizations to obtain a permit to film and take photographs in Nationally designated wilderness land, such as the local 113,000 acre Emigrant Wilderness.

Under the plan, the Forest Service would review a proposed project and decide if it will issue a special use permit and can charge fees of up to $1,500. The proposed rules exclude breaking news situations, defined as “an event or incident that arises suddenly, evolves quickly, and rapidly ceases to be newsworthy.”

According to the Associated Press Mickey H. Osterreicher, general counsel for the National Press Photographers Association, said “What if they deny you a permit because they don’t like the story you’re working on?” Osterreicher believes such rules would be a clear violation of the First Amendment and raises concerns about press freedom.

Liz Close, the Forest Service’s acting wilderness director, said the Wilderness Act of 1964 prohibits commercial enterprise in wilderness. Close said the current rules have been in place for 48 months, and the proposal released this month would make those guidelines permanent. Public comments are due here by Nov. 3.

According to the AP Ed Jahn, a producer and reporter with Oregon Field Guide, a program of Oregon Public Broadcasting, said he and his colleagues have been asked about a dozen times over the past several years to get a permit to film in wilderness. “We’re journalists. We don’t ask permission to do a story,” he said, adding he and others abide by all the regulations that also apply to the public.

Under the proposal, permit applications would be evaluated based on several criteria, including whether it spreads information about the enjoyment or use of wilderness or its ecological, geological, scientific, educational, scenic or historical values; helps preserve the wilderness character; and doesn’t advertise products or services. Officials also would consider whether other suitable film sites are available outside the wilderness.

Ron Pisaneschi, general manager of Idaho Public Television, said his station recently applied for a permit to film in four wilderness areas in Idaho for a program to air later this year on the 50th anniversary of the Wilderness Act.

“It was a bit of an arduous process, and there were a lot of questions about what was the nature of the program, where we were going,” he said.

Pisaneschi said he worried that if the proposal becomes permanent it could mean more burdens that will interfere with their ability to do their work.

The proposal is open for comments, view it on federalregister.gov.