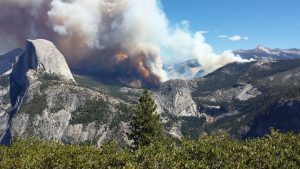 Yosemite, CA — The vegetation fire burning in Yosemite National Park is 98% contained and remains at 4,771 acres.

The fire was sparked by lightning and was first spotted on August 15. There is no estimated date of full containment.