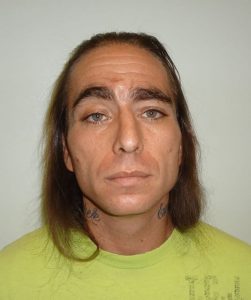 Jamestown, CA – A watchful citizen reported suspicious men at a vacant house in Jamestown, which led to the arrest of one of the men for drugs and a stolen gun.

The incident happened today at 2:09 a.m. on Norlin Street. The Sonora Police Department says a person who noticed the two men on the back porch of the vacant house flagged down an officer.

The officer questioned the two men. One was identified as 33-year-old Dustin Silberman, who is on parole for robbery. A search of the porch area revealed a loaded .45 semi-automatic pistol, along with 1.2 grams of heroin. A records check found the gun had been stolen in Jamestown last month.

Police report the other man was a 32-year-old transient and he was not charged in the incident.