A Burglar Targets A Pizzeria 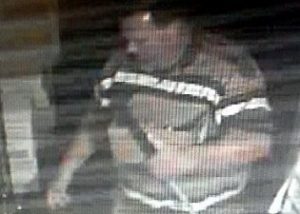 The incident happened around 5:30 am on August 31st, but police just released the footage of the burglar with crowbar in hand.

Police responded to an alarm sounding at the business. Once on scene, they discovered that the front door and a back gate had been pried open. A cash register was broken into and the cash was stolen, but the thief had already fled the scene.

The suspect is described as a white male. He is approximately 40 years old, 5’11” tall, and 275 pounds, with short dark hair and can be seen in the picture to the left.

If you have any information regarding the burglary, you can call the Angels Camp Police Department at (209) 736-2567 or acpd@angelscamp.gov.