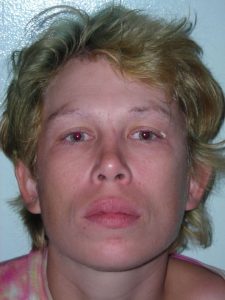 Sonora, CA — A woman has been arrested for setting three fires at a Sonora apartment complex. The incident happened last night at 8:51 at the Mark Twain Apartments on the 300 block of Fairview Lane.

Sonora Police report when officers arrived on scene a witness directed them to the laundry room where a fire had already been put out. However, officers say they could smell gas in the air.

Another witness notified officers about a second fire at the complex and reported a woman running away from the scene as the flames started. An officer searching the area spotted a woman fitting the description running down Fairview Lane a short time later. The woman took off and the officer chased her to Stockton Road near Ponderosa Way. There he arrested 33-year-old old transient, Tallena Hogland, who was identified by two witnesses as the arsonist.

The Sonora Police Department’s Fire Investigation Unit was called to the scene and found three separate fires had been set. One of the fires charred the outside wall of an occupied apartment and another burnt a mattress.