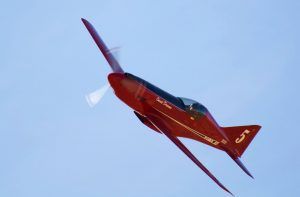 Reno, NV — The pilot who died yesterday at the Reno National Championship Air Races was well known at Pine Mountain Lake Airport in Groveland. Lee Behel, 64, of San Jose, was one of the founders of the Sport Class Racing Association created in 1998, its current president, and a former Sport Class Champion.

Behel died Monday afternoon when his red GP-5 airplane, Sweet Dreams, went down at Stead Airport north of Reno during a qualifying heat. The cause of the crash is under investigation, it was a single-plane incident and no other pilots or spectators were injured.

The newsletter also says Behel won the Sports Class Gold at the 2008 Reno Air Race in a Lancair Legacy. According to Flying Magazine earlier this spring, Behel broke two records flying the GP-5 at an experimental aircraft gathering in Mojave, California.

Behel served 24 years as a fighter pilot in the Nevada Air National Guard. He flew the RF-101 Voodoo and RF-4 Phantoms.

According to the Associated Press organizers of this year’s event plan to resume qualifying heats today.