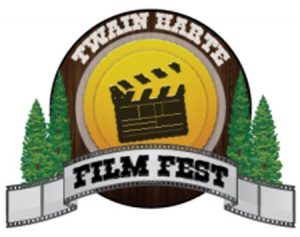 Western Films from around the world will be featured at Film Fest Twain Harte. Films  include full-length, documentaries, shorts and films created by Summerville Connections Academy Students.  The feature film will be Clint Eastwood’s classic “Pale Rider,” filmed in Tuolumne County. It is the 30th anniversary of its release and two of the film’s actors, Sydney Penny (who played Megan Wheeler) and Jeffrey Weissman (Teddy Conway) will be attending. Actress Lee Meriwether, a former Miss America known for her roles as Catwoman in the 1966 film “Batman: The Movie” and for the television series “Barnaby Jones” will also attend. Drew Droege, recipient of the 2010 Emerging Talent Award at Outfest Film Festival, Los Angeles, is conducting workshops today. Droege is an actor and writer, known for Stallions de Amor (2011), Killing the Dream (2003) and Hollywood Acting Studio (2013).

On Saturday a Spaghetti Western Dinner will be held and classic “spaghetti Western” films will follow at the Twain Harte Community Center, including Eastwood’s “The Good, Bad and the Ugly,” “A Fistful of Dollars” and “For a Few Dollars More.” The awards banquet will be held August 31. Ticket prices are $10-$70 depending on the day and event, or $120 for a “total package” option. Details about the organization and event locations are in the event listing here.

There are several events in the Arnold Area this weekend. At the Cedar Center is the 42nd Arts and Crafts Festival. The event is sponsored by the Ebbett’s Pass Volunteer Fire Department. The Ebbett’s Pass Lion’s Club serves an all-you-can-eat pancake breakfast from 7:30 – 11:00am Saturday and Sunday for $6. The Farmer’s Market will be adjacent to the Festival. Admission and parking are free, details are here. The 19th Annual Logging Jamboree will be held at the Sierra Nevada Logging Museum Amphitheater the event listing is here. Even Further up Highway 4 on Saturday is the Stanislaus National Forest 50th Year Celebration of the Wilderness Act of 1964. Details are here.