Water Loss In The Trillions 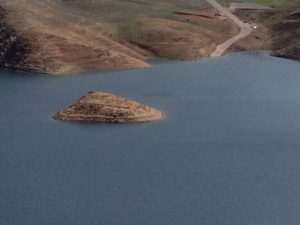 San Diego, CA — The drought has cost western states trillions in water, enough to potentially drop five inches of water on the region according to a new study.

Researchers at the University of California, San Diego says the study found that 63 trillion gallons of water has been lost to drought in those states.  That conclusion was reached by measuring the level of the earth’s crust with GPS devices normally used in predicting earthquakes.  Those devices showed that the earth’s crust has risen an average of four millimeters since last year and in the California Mountains, it is as high as 15 millimeters.  Researchers say the earth’s crust rises when there is a lack of rain and snow.