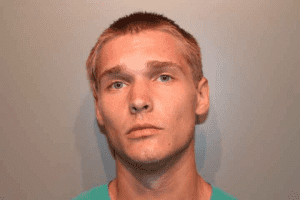 Angles Camp, CA — Suspicious bruising on the baby led to the arrest of man and woman from Angels Camp.

A report of the wounds to the 6-week-old baby was made to Angels Camp Police on August 12. Further investigation discovered that the baby had suffered injuries to his head, limbs, and internal organs.

Angels Camp Police arrested 18-year-old Chance Fidler and 27-year-old Kandice Hadley in connection with the assault on the baby.  Both have been charged with felony child abuse.  Police have not released further details on the incident or the pair’s relationship to the baby.