Sexual Texts To A Minor 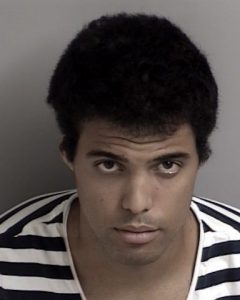 Sonora, CA — A Sonora man is behind bars tonight charged with sending sexual texts to a minor he met at a Tuolumne Youth Camp.

22 year-old Brandon Moe was arrested Monday after the 14-year-old’s Mother contacted El Dorado County Sheriff’s officials. She told investigators that her son had been receiving inappropriate sexual texts and Facebook messages from Moe. The two met last month at the youth camp, where Moe was the boy’s Cabin Leader.

Tuolumne County Deputies assisted in serving both the arrest and search warrant of Moe’s residence. Moe was taken to the El Dorado County Jail in South Lake Tahoe.  He was booked on charges of Distribution or Exhibition of Lewd Material to a Minor.

His bail is $1,000,000. El Dorado Sheriff’s Official say he will be arraigned either tomorrow or Thursday at 1:30 pm in an El Dorado County court.