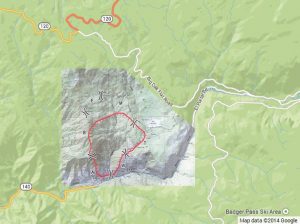 El Portal, CA — Many people evacuated by the El Portal Fire will be allowed to return to their homes.

The Mariposa County Sheriff’s Office reports the evacuation order will be lifted for the community of Old El Portal at 9am. Those residents impacted are asked to check-in at the El Portal Community Hall prior to going home.

The evacuation order for Foresta will remain in effect.

The National Park Service is expected to release an updated size estimate of the El Portal Fire sometime this morning. The most recent estimate put it at over 2,600 acres and 5% contained. It is burning in both Yosemite National Park and the Stanislaus National Forest.

Meanwhile, most of the 1,200 people evacuated due to the Sand Fire near the Amador and El Dorado county line have also been allowed to return home. The fire is now 80% contained and 3,800 acres. 19 homes have been destroyed and 48 outbuildings.