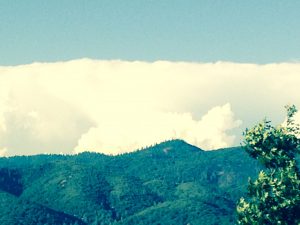 Columbia, CA — Columbia Air Attack and two tankers have been called to assist with a fire in the Inyo National Forest.  There are reports the fire was sparked by lightning.  Forest Officials are calling it the Bodie Fire, but there is no word on the size or rate of spread.

Also, storm clouds can be seen off to the east of the Mother Lode. Stanislaus National Forest Officials say lightning is occurring over the Humboldt –Toiyabe National Forest at this time, but so far, no fires have been ignited.

In the Stanislaus, eight fires have been sparked by lightning in the past several days according to forest officials.  Firefighters spotted two new blazes today in the high country.  One is a ½ acre and the other is a ¼ acre.  Forest Officials say crews have a handle on both. In all, crews are actively working five of the fires and three have been contained.