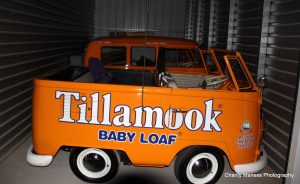 The buses have a combined value of about $300,000. As reported previously, they were stolen out of Manteca over the weekend, and the truck and cargo trailer they were stored in was found lit on fire outside of Jamestown. Authorities from San Joaquin County received tips and issued a search warrant last night at the 49 Cosmic Court Storage Unit in Copperopolis. Inside, authorities found the three vehicles.

There are several suspects wanted for questioning in this case, and the Manteca Police Department notes that more information will be released soon regarding their identities. No one has been arrested to this point.

A special thanks to Charity Maness for sending in photos from the scene.