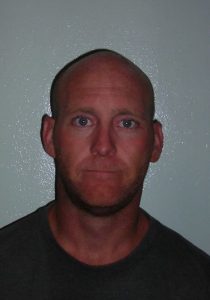 Sonora, CA — A Sonora man was arrested after police were alerted to a suspicious person and vehicle in a parking lot. The incident happened on Monday at 10:22 am on the 900 block of Sylva Lane.  Sonora Police got a report of a suspicious man getting out of a Chevrolet Blazer that was parked behind some brush at the rear of a medical office.

When officers arrived, they found 35-year-old Klinton Gregson in the SUV.  A check on the vehicle revealed it had been stolen in Tuolumne County.  Officers say when questioned, Gregson admitted to stealing the SUV.

Sonora Police Chief Mark Stinson says, “It appears Gregson was sleeping and that is where he had spent the night.”

Gregson was arrested and booked into the Tuolumne County jail for felony possession of stolen property.