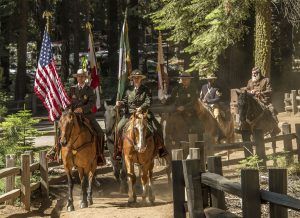 Yosemite, CA — In honor of the 150th Anniversary of President Lincoln signing the Yosemite Grant Congressman Tom McClintock shares his thoughts about Yosemite.

Congressman McClintock says, “I want to recognize the Yosemite Park Rangers who have welcomed and encouraged succeeding generations of Americans who come to Yosemite.”

He noted, “This anniversary is not being celebrated just here in the park, but in many of the communities that surround it, a reminder of the very important role that tourism plays in this entire region of California.”

To read his full comments read his blog “Yosemite Sesquicentennial Celebration” in the community section here.