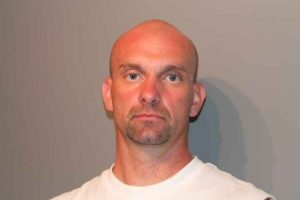 Angels Camp, CA — Thanks to the Angels Camp Police Department K9 unit, two people were busted for drugs during a routine traffic stop.

An Angels Camp Police Officer pulled over 37-year-old Joshua Jones and 33-year-old Sunshine Nordstrom because of equipment violations on their vehicle. A K9 with the Police Department sniffed the exterior of the car, and could smell narcotics coming from the inside. The Police Department reports that a search was carried out, and found hidden was a small amount of methamphetamine.

Both Jones and Nordstrom were booked into Calaveras County Jail. The car was stopped along South Main Street.