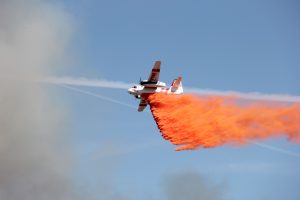 San Andreas, CA — Cal Fire reports the evacuations in the Reed Fire on the southside of San Andreas have been lifted.   30 residents were evacuated on Howell Road, Magers Way and the Saddleback Subdivision.

The fire remains 45% contained at 120 acres in size.  The flames broke out just before 4 pm on the 300 block of George Reed Road near Highway 49.  A stretch of the roadway from the old airport to Mountain Ranch Road had been shut down for an hour, and then it was down to one-way traffic control for more than a half an hour.

We will bring you more information as soon as it is available.

Click here for a map of the evacuation and fire area.