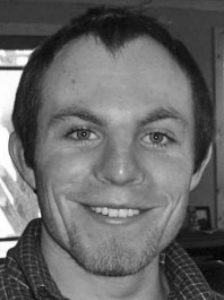 Collins was born in Sacramento on Dec. 3, 1987, but grew up in Murphys. He graduated from Bret Harte High School in Angels Camp and was an active member of the FFA. Collins majored in agriculture at Feather River College.  Collins joined the Army in March of 2011.  In 2013, he volunteered for deployment to Afghanistan. His platoon specialized in water purification.

Collins was engaged to be married to Ashley Bowers of Red Lion, Pa.  He is survived by his parents, Steve and Sue Collins of Lusk, Wyoming, his “Grandma Kitty” Stroh, Grandfather Dale Collins, his fiancée, and numerous aunts, uncles and cousins.

His military unit will hold a memorial for him on June 23 at Fort Drum, N.Y.  Memorial donations can be made to the WoundedWarriorProject.org/donate.