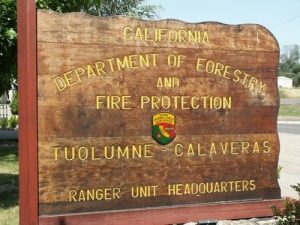 Fire Investigators determined that the seven-acre fire was sparked by a tractor being used in a field. The fire did an estimated $1,400 in damage. The fire started shortly after 3pm and firefighters remained on scene until 6:30pm. CAL Fire resources responded from the Columbia Air Base, Altaville, Valley Springs, San Andreas and Copperopolis. There were also resources assigned from the Calaveras Consolidated Fire District.