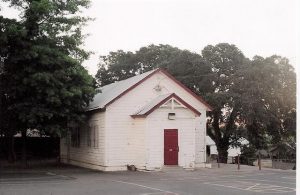 Valley Springs, CA — A juvenile was arrested for setting two separate fires at the Valley Springs Elementary School.  The arrest happened around at 7 pm on Wednesday.

Deputies on patrol noticed smoke coming from a planter box near the Historic Burson School House and saw a juvenile throwing dirt onto the fire to put it out, while another juvenile was running away.

The deputies stopped both juveniles and began questioning them.  Calaveras County Sheriff’s Officials say the male juvenile caught trying to flee admitted to setting that fire and another blaze earlier that day in woodchips on the elementary school playground. He was taken to juvenile probation and later placed in a juvenile hall out of the county. His name was not released because he is a minor.

Cal-Fire was called to the scene to make sure the fire was completely extinguished.