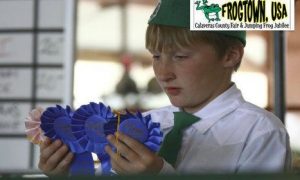 Fair Officials say not only did the Junior Livestock Auction top $377,000 in sales, but nearly 38,000 people went through the turnstile as well.

CEO-Fair Manager Laurie Giannini says, “Our paid attendance was up.  It was a really great fair, the Saturday numbers were up 4,000 over the year before.” She attributes the increase to this year’s addition of a professional rodeo.

It was an awesome payday for the 261 students who had entries in the livestock auction.

Here is the Fair Official’s list of average prices for animals: