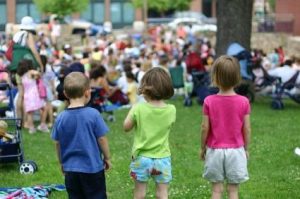 A new Field Poll found most voters in California feel it’s very important to make publicly supported pre-school available to all of the state’s four-year-olds, regardless of their parents’ income.

The poll also found that Californians overwhelmingly support the state’s recently created transitional kindergarten program, which provides an optional extra year of kindergarten to four-year- olds who turn five between September and December, by a two to one margin.

In addition, 57% believe it would be worth the nearly $1.4 billion cost to provide all four-year-olds an additional year of schooling before they start kindergarten.  34% of voters were against that idea.

Field Poll conducted the study with EdSource, a non-profit educational research and policy organization. Executive Director of EdSource Louis Freedberg says, “What is especially striking [in this poll] is that there is majority support not only from parents with young children but from the overall registered voter population for these policies.”