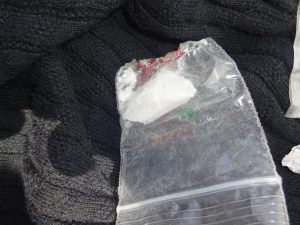 Sonora, CA — A tip led to the arrest of a wanted woman staying at a downtown Sonora hotel.

Sonora Police officers responded to the Inns of California on south Washington Street to find the suspect, Gina Cook, 34 of Jamestown, getting ready to take off in a cab.  Police say she tried to run on foot, but was quickly taken into custody.  Cook was searched and officers found 3.1 grams of methamphetamine, a scale and a smoking pipe.

Cook was wanted on two felony warrants for her arrest including a no bail warrant for narcotic violations.  She was booked at the Tuolumne County Jail for felony possession of methamphetamine with the intent to sell, felony violation of probation, felony committing a felony while out on bail, misdemeanor possession of drug paraphernalia and misdemeanor resisting arrest, along with the two outstanding felony warrants.