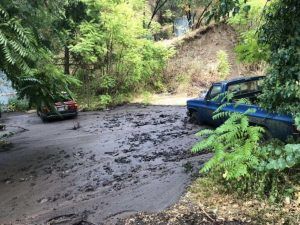 Potential rainfall rates will be over a half inch per hour this evening.

A long duration of moderate to heavy rain may lead to urban and small stream flooding, during this time.

The snow levels will initially start out high.

A Winter Storm Watch will be in effect for the western slope of the Northern Sierra above the 6,000 foot elevation, from 11 PM Sunday through 5 AM Tuesday.

Periods of heavy snowfall and gusty winds will create hazardous if not impossible travel conditions. Significant reductions in visibility are possible. Expect mountain travel impacts such as chain controls and travel delays.

You should monitor later forecasts and be alert for possible Flood Warnings. Those living in areas prone to flooding should be prepared to take action should flooding develop. A Flash Flood Watch means that conditions may develop that lead to flash flooding. Flash flooding is a very dangerous situation. Be prepared to take action should Flash Flood Warnings be issued.