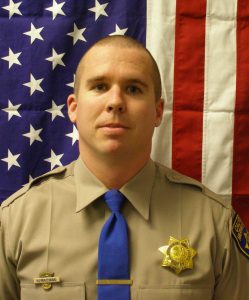 The MADD organization, Mothers Against Drunk Drivers, recently held a dinner in the Central Valley to recognize officers in the region that have made over 25 DUI arrests in the past year. Recognized from the Sonora Area CHP were Officers Josh Mahaney, Steve Warzee, Steve Machado and Michael Huddleston. From the San Andreas CHP were officers R. McNally and W. Estakhri, from the Sonora Police Department was Officer Jonathan Ma, and from the Angels Camp Police Department was Officer Darien Wilson.