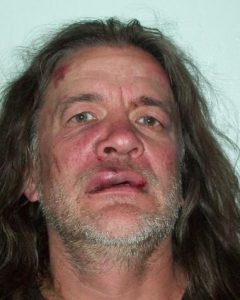 Columbia, CA — Two men were arrested after a fight broke out during a day of drinking.

It occurred in the 12000 block of Yankee Hill Road in Columbia. Deputies responded to a report of a fight at 5pm yesterday, and when they arrived at the home found several people consuming alcohol. The Sheriff’s Office reports that four of the people that had been staying at the residence, and drinking throughout the day, got into a fight.

45-year-old Brent Snyder of Columbia allegedly bit a 46-year-old woman in the face. The woman completely lost one of her eyebrows in the incident.

In addition, 48-year-old Dean Phillips Jr. allegedly stabbed an unidentified 54-year-old male twice in the shoulder. The victim was taken to Sonora Regional Medical Center. The injuries sustained are not considered life-threatening.

Detectives are still on scene this morning continuing the investigation.