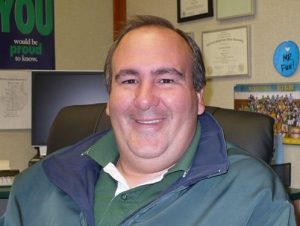 Special Projects Coordinator Todd Dearden says the first two projects should start sometime within the next couple of months. They include the $1.3 million track and field project, and $4 million in updates to the Humanities Building. Dearden says the plans have been submitted to state architects, and the district expects to receive approval sometime in late May or early June.

The District has had some concerns about whether the stadium will be ready for the upcoming football season. Contingency plans are being put in place in the event that some home games would need to be relocated. The stadium will receive a new all-weather track surface, new turf, a new scoreboard, a new entrance, new sidewalks, and additional lighting.

Dearden says since the Humanities Building will be “completely gutted” and updated, and it will be out of commission all of next school year.

Other future bond projects include $4.5 million in updates to the Centennial Building, $4 million to the cafeteria and $3.5 million for a new pool. The projects will be spread out over roughly a five-year period.