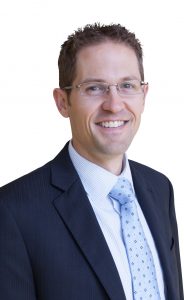 McCulloch will join SRMC President Andrew Jahn’s leadership team, effective May 5. “McCulloch’s business acumen, energy, and relational approach to business are exactly what our hospital needs,” says Jahn. “I look forward to working closely with him to solve the many challenges that lie ahead.”

McCulloch most recently served as CFO of Walla Walla General Hospital in Walla Walla, Washington. He oversaw a $16 million building project and had oversight of several areas. He also previously served as the CFO for South Coast Medical Center in Laguna Beach and the Interim Director of Finance for Adventist Health Castle Medical Center in Hawaii.

In his spare time, McCulloch enjoys being outdoors with his family. He and his wife Carey have two sons, ages five and eight.