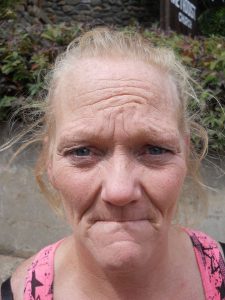 Sonora, CA — A couple was arrested in Sonora in connection to a stolen vehicle out of Redding.

The 2001 Mitsubishi had been taken from an auto dealership. The Sonora Police Department received a phone call from the dealership because a GPS tracking device indicated the car was parked in front of the Sonora Courthouse. Officers went and found the stolen 2001 Mitsubishi, and noticed that the plates had been changed.

A woman approached the vehicle, identified as 45-year-old Teresa Castillo. She told the officers that her husband had purchased the car for $200 in Redding so that they could drive it to his court appearance in Sonora. The officers went inside to speak with Castillo’s husband, identified as 49-year-old James Manning. His court appearance was for possession of a controlled substance. The Police Department reports Manning initially denied knowing that the vehicle was stolen, but later admitted to knowing this information.