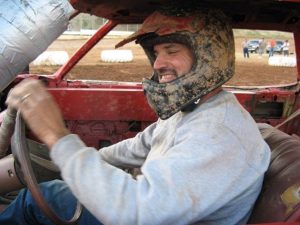 Sonora, CA — The Sonora Police Department has issued several warrants in the Rick Roberts’ homicide case, but none for a suspect in the murder.  On the morning of February 16, 49-year-old, Rick Roberts died of gunshot wounds at his auto body business at 280 Mono Way in Sonora.

Sonora Police Chief Mark Stinson says, ‘We have served several warrants on different bank records and phone records.  We are currently preparing a couple of other search warrants for items.  Our main focus is on evidence we’re waiting on from the Department of Justice (DOJ) which they seized the day of the homicide.”

Chief Stinson would not say what items the additional search warrants are regarding. The evidence is being processed at the Justice Department’s Ripon and Sacramento labs.  The results are not expected until mid-April or May.  Chief Stinson stressed, “All the evidence that the DOJ has is going to play a key role in this investigation.”

Chief Stinson says they are still receiving tip phone calls on the case. If you have any information regarding the murder, contact the SPD at 209-532-8141.