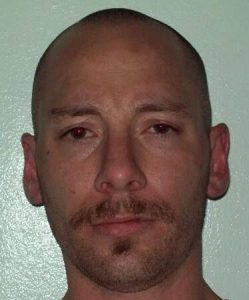 Sonora, CA — An attempted purse snatching by a Sonora man led to a fistfight with a police officer. The incident happened yesterday around 10 a.m. at the St. Patrick’s Church parking lot, located in the 100 block of west Jackson Street.

A Sonora Police Officer responded to a call of a man at the church attempting to steal a women’s purse and refusing to leave when he was confronted. Once on the scene, the officer recognized the man as Jeremy King. The officer knew King was on parole for robbery and has two outstanding warrants. Police also say he has an extensive violent criminal history.

The officer went to arrest King and grabbed his wrist. King pulled his arm away, clinched his fists, and took up a fighting stance. He then charged the officer and started throwing punches at him.

During the fight, the Officer was able to remove his baton and hit King several times. The officer knocked King to the ground and the two-started wrestling. The PD says King tried to take the officers weapon from his holster. That is when another officer arrived on the scene and jumped into the fight. King also tried to grab that officer’s gun. Three more officers arrived and King was finally handcuffed.

Chief Mark Stinson says the officer had a taser gun, but “the officer opted not to use the taser because he [King] had a big bulky jacket on which normally doesn’t have any impact if you use a taser.”