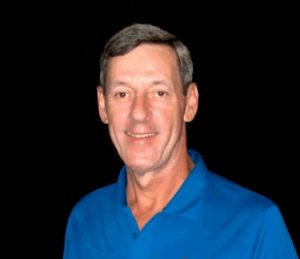 Sonora, CA — A longtime Artistic Director is retiring from a local theatre, and his replacement will take over at the first of the year.

Don Bilotti is retiring from Stage 3 Theatre and Van Gordon has been named his successor. “With so many dedicated years, we knew we couldn’t keep Don (Bilotti) forever, as he decided it was time to retire this month,” says Board Chairman Larry Jones. “Don brought and maintained an enthusiastic venue each and every year for 12 years, and we certainly are grateful for his dedication, but we understand life brings priorities.”

Stage 3 Theatre reports that Gordon has performed in over 50 plays at Sierra Repertory Theatre, with lead roles in shows like “Groucho,” “The Nerd,” and “The Music Man.” At Stage 3 Theatre he has directed “Over The River And Through The Woods,” “Greetings,” and “1000 Clowns.”

His on-screen credits include Seven Brides For Seven Brothers, Little House on the Prairie, Father Murphy, and commercials for companies like Lucas Films and PG&E.

Gordon has also taught acting at the London School of Drama in Berkeley and at Summerville High School’s Connections Academy.

Gordon lives in Sonora with his wife Catherine and son Colin.