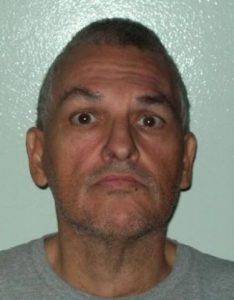 54-year-old Joseph Garcia of Copperopolis reported that he was robbed at knife point at the Junction Shopping Center, and that a thief got away with $1,400. Garcia had a small cut on his forehead, and complained of pain in his abdomen, so he was taken by ambulance to Sonora Regional Medical Center. Several agencies got involved with the investigation, including the Tuolumne County Sheriff’s Office, CHP and Sonora PD. Garcia gave investigators a description of the alleged robber. Law enforcement searched the surrounding area, and several suspects were contacted and interviewed.

During the course of the investigation, Garcia’s wallet was found in his vehicle by a deputy, and $620 in cash was in Garcia’s shoe. He later admitted to making up the entire the story because he spent money he should not have, and did not want his wife to know about it.

Sheriff’s Office Spokesperson Sgt. Scott Johnson says, “What’s of particular concern to the Sheriff’s Office is that his actions tied up several law enforcement agencies, as well as an ambulance, and resources at Sonora Regional Medical Center, all because of a false report.”

Garcia was booked into Tuolumne County Jail and has since been released. He was issued a citation for filing a false report, and will have a future court appearance.