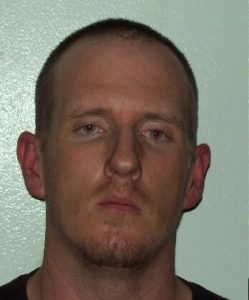 Twain Harte, CA – Drugs, a gun and a traffic stop near Twain Harte have put a parolee back behind bars.

Detectives spotted Raven driving a Toyota truck in Twain Harte on Highway 108 near Haystack Road. He was pulled over and his truck was searched. In the truck, Detectives discovered a loaded 22 caliber revolver, ammunition, approximately 4.6 grams of methamphetamine, and a digital scale.

Investigators say the recovered revolver’s barrel was cut down from four inches to about two inches. Detectives are checking to see if the gun is stolen.