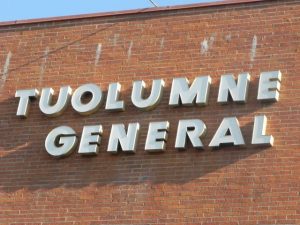 Sonora, CA — As the temperatures gradually heat up Tuolumne County has shut down its warming centers. The only remaining warming shelter still opened in the county was at the Behavioral Health Enrichment Center in Downtown Sonora. It opened on Wednesday night and was officially closed at 8:00 this morning.

Tuolumne County Office of Emergency Services Coordinator Tracie Riggs says “They went from 12 people at the beginning of the storm to a high of 25 on Tuesday night.”

There was a shelter open at the Groveland Community Center last Friday night, but it was closed on Sunday.

Riggs says, “We kept it open for 48 hours but not one person walked through the door so that was why that shelter was closed. If the need was there it would still be open.”

The Sonora warming shelter was open  a week and nearly 60 people took advantage of the services to get out of the bitter cold.