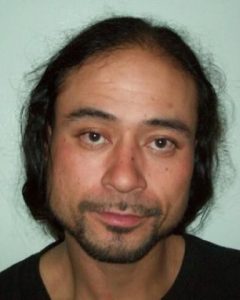 Sonora, CA — Tuolumne Sheriff’s Deputies conducted a search of a parolee’s house and found guns on Monday. Deputies discovered a rifle and sawed off shotgun at 34-year-old Shawn Hipol’s home on Big Oak Flat Road. Hipol was not at home at the time and a “be on the lookout” notice was put out for him.

Later, Deputies spotted Hipol riding in a vehicle near Walmart in Sonora where the car was pulled over. Hipol was arrested. When deputies searched him a small amount of methamphetamine, concentrated cannabis, marijuana, a smoking pipe and three hypodermic needles were found on him. Also, a handgun was discovered under a shirt on the passenger side of the vehicle.