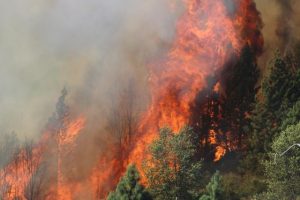 
“The primary investigation of the cause of the “Rim” fire is and has been for some time completed. The cause, origin, and responsible(s) are known. Federal Prosecutors have privately declared intention to prosecute. Potential accountability in the Federal System far exceeds that which is available in the post-realignment (AB109) California System. Tuolumne County Prosecutors and the People of Tuolumne County await just conclusion in the Federal System. Questions should be directed to the United States Attorney’s Office in Fresno California.”

Click here for an earlier story on the Rim Fire suspect.