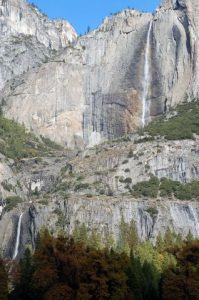 Yosemite, CA — Yosemite National Park is requesting youth to send in short videos to be recognized in a film contest. The “Youth in Yosemite” is open to anyone 25 years of age or younger.

A film should be focused on celebrating nature with a connection to Yosemite, or what Yosemite means and be no more than 15 minutes in length. Film themes should be designed to celebrate art, beauty, inspiration, the nature of Yosemite, and a personal connection to the park.

The deadline to submit the short films is 5:00pm on Friday, January 10, 2014. On March 1, a select group of submitted films will be recognized during an award ceremony in Yosemite Valley.

This event is a part of the commemoration of the 150th anniversary of the Yosemite Grant. The park is honoring the sesquicentennial, which will culminate on June 30, 2014, the day in which Yosemite Valley and the Mariposa Grove were protected for all time. For a list of all anniversary events, please visit www.nps.gov/yose/anniversary.