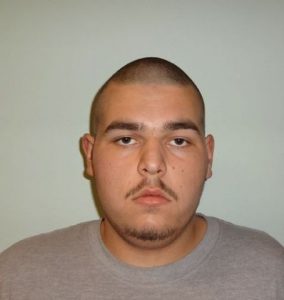 Sonora, CA — A man was arrested after pulling a knife on a grocery store manager in Sonora.

The Sonora Police Department reports that it happened at the Grocery Outlet on S. Washington Street. The store manager had confronted 18-year-old Daniel Nichols of Sonora about stealing some candy bars from the store.

Nichols pulled out a knife and then fled the scene. The Police Department was notified and quickly spotted someone matching Nichols description. Nichols was captured and later identified by the Grocery Outlet store manager. Nichols was found to be in possession of a knife and four candy bars he had allegedly stolen. Nichols now faces a charge of felony armed robbery.