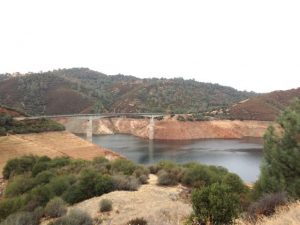 California could be in for another dry winter, according to the California Department of Water Resources.

The Department annually convenes researchers to develop an experimental winter outlook forecast, and this year’s results are not very promising. The project is led by Dr. Klaus Wolter of the Cooperative Institute for Research in Environmental Sciences at the University of Colorado. Based on statistical models that consider global influences on the California climate, he is projecting “mostly dry conditions for most of California, with dry conditions being especially likely in Southern California.” This year’s winter season will be watched closely by DWR officials, as California has had two straight years of dry winter seasons. It has led to several reservoirs in the state dropping below the average levels for this time of year.

Area Ski Resorts are watching the winter forecasts. Bear Valley previously announced that they hoped to open on November 30, but now say it has been postponed until further notice. Dodge Ridge has not given an estimated opening date, as it depends on when the snow falls.