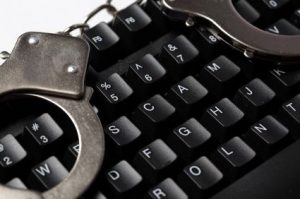 FResno, CA — A federal grand jury in Fresno has returned a five-count indictment today against 62-year-old Curtis Benjamin Hults of Twain Harte for sexual exploitation of minors. The indictment calls for the forfeiture of all items used in the crime, including Hults’ home.

According to the criminal complaint, the investigation began when a victim of sexual abuse came forward with information that allowed investigators to search Hults’ home. Investigators say numerous computers, hard drives, and other electronic storage devices were seized on August 1, 2013. A forensic analysis of that evidence revealed that Hults had produced still and video images of at least four victims, and he had obtained thousands of images of child pornography through the Internet.

Assistant United States Attorney David Gappa says, “We can’t reveal whether any of the victims are from Tuolumne County or the surrounding areas. All I can say is that there is a criminal complaint referenced in the indictment.”

Gappa also says that the investigation is ongoing and anyone with information that might help in the identification of additional victims is encouraged to contact Tuolumne County Sherriff’s Office Detective Brandon Lowry at (209) 694-2955 or call the FBI office in Modesto at (209) 543-7846.

Hults was arraigned today and pled not guilty. The judge ordered Hults to remain behind bars stating he was a flight risk and danger to the community. His next court date is scheduled for November 12th at 1:00 p.m. before a U.S. Magistrate Judge.