No Lockdown On Jail Opening 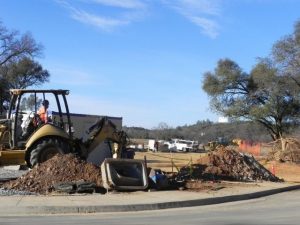 San Andreas, CA — Building delays on the Calaveras County jail has fingers pointing and the Sheriff is fed up.

He is referring to construction problems that have been plaguing the $59 million dollar project.

“We’ve had issues with structural steel. They did a complete floor with the wrong kind of metal studs. They had to take them back out and put in the right ones,” says Kuntz. “Also, eight of the subcontractors went bankrupt so it’s been one thing after another and now every ones pointing fingers at each other,” he adds.

The 160-bed jail was supposed to open in April, then July and now the September date has been pushed back to November. Kuntz is skeptical. He believes it will more likely be December or January because there is a lot of electrical work that still needs to be done. That brings up another issue. The new jail is being built next door to the new courthouse which is scheduled to open in November. If the jail is still under construction, then deputies will have to transport prisoners from the old jail to the new courthouse. Kuntz says that will be a waste of time and money.