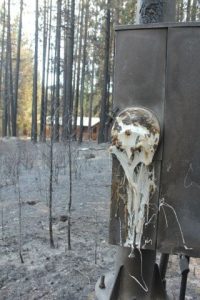 Tuolumne County, CA — The Rim Fire is now fully contained over two months after it was ignited, but Forest Service officials say it will take a good rain to completely put it out.


The total of 257,314 acres was scorched. There are still 42 firefighters on the scene. At the height of the fire that number was more than five thousand.


“They will continue to mop up,” says Forest Service Spokesperson Jerry Snyder. “The interior of the fire is still smoldering. We expect that there are going to be pockets of burning material. Until we get some good rain we don’t see anything in the near future that is going to provide enough moisture to put out the fire.”

The total cost to fight the fire has topped $127 million dollars. There were eleven homes, three commercial properties and 98 outbuilding destroyed in the flames. A total of 10 firefighters were injured in the blaze. The Rim Fire was started on August 17th by a hunter’s illegal camp fire.