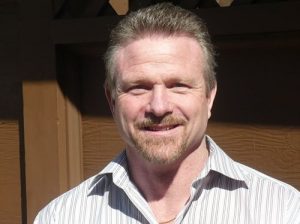 Sonora, CA — The T.U.D. Board of Directors has parted ways with Executive Director Pete Kampa.

The decision was confirmed by T.U.D. spokesperson Lisa Westbrook this morning. Board President Mike Sarno has put out a written statement: “The Board decided it was best to sever the relationship with the current General Manager. We will plan to meet with the staff and decide on the next steps in the best interest of the District.”

Four new T.U.D. board members were elected last November and have been openly critical of past T.U.D. decisions. A notable division with the past Board has been whether rate increases are necessary in the year’s ahead. Kampa joined T.U.D. in 2006. Sarno nor Kampa were immediately available for comment today.

Kampa’s accolades have included receiving the Tuolumne County Chamber of Commerce’s “Excellence in Government” award in 2010 and being named President of the California Special Districts Association.

The vote was 3-2 with Delbert Rotelli and Ruanne Mikkelsen opposed. Rotelli says he was “shocked” about the vote. Details regarding Kampa’s contract are not immediately clear, but Rotelli says the district will still likely need to pay him for an extended period.

We’ll pass along more information on this developing story as it becomes available.