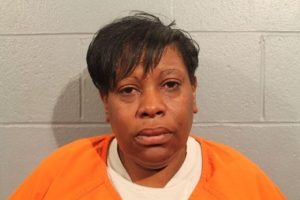 Burson, CA – Investigators report a heated argument lead to the deadly shooting in Burson that killed one and critically wounded another. Calaveras Sheriff’s Detectives say 52 year-old Randolph Alan Ford of Burson was fatally shot during an argument at his home on the 5700 block of Amos Lane in Burson Wednesday night at 10:15. His wife, 56 year-old Charity Ford, was arrested for murder and attempted murder. Her granddaughter, 20 year-old Britney McGhee, was also hit by the gun fire.

McGhee is now listed in stable condition. Her five month old baby boy that was in the home at the time of the shooting was not injured. The exact reason for the shooting is still under investigation. Hewitt says Charity Ford has been cooperative with detectives during the investigation. She was arraigned this morning and her bail was set at $3 million.