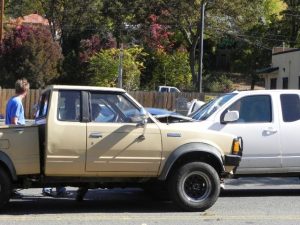 
Sonora Police Chief Mark Stinson says, “An older Nissan pick-up truck was exiting the gas station to turn and head southbound on South Washington Street and the driver of that vehicle failed to see an approaching northbound vehicle which broadsided him.”

One of the drivers was taken by ambulance to Sonora Regional Medical Center complaining of pain to his left side. The northbound lane was closed and officers were directing traffic for about 20 minutes. Chief Stinson says drugs and alcohol are not believed to be a factor in the crash.