A Sort Of Actors Studio 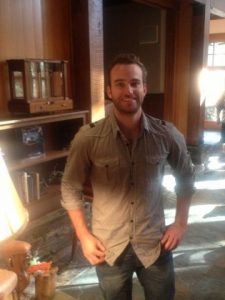 Twain Harte, CA — The films are rolling in Twain Harte and some kids are even getting acting tips from an Academy Award nominee. This weekend Film Fest Twain Harte is back for its third year despite being postponed by the Rim Fire. The curtain was to go up on Labor Day weekend.


One of the special guests is Academy Award nominee Sally Kirkland. She hosted a workshop for a small group of students with Connections Academy and MyAct.

“Two of them had incredible singing voices and they all did their monologs. I was very impressed that they all knew their lines. I think they had a blast. I had a blast watching them,” says Kirkland.

The class is part of the Film Fest’s outreach efforts. Films are being shown throughout today at the former Black Oak Elementary School with the final curtain at 10 pm. The building is now known as the Telele Lodge. Several filmmakers will be on hand to speak about their work. Box Office tickets are $10 for adults and $8 for students. To find the schedule, click here.