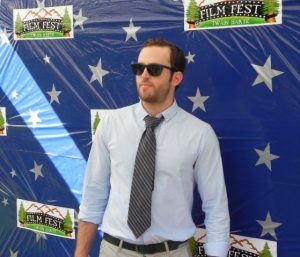 Filmmakers will be visiting the Mother Lode this weekend as Film Fest Twain Harte is back for its third year.

The event was initially going to be held on Labor Day weekend, but had to be postponed due to the Rim Fire. “It’s an abridged version of our original plans for the film festival, but we’re really excited,” says Zack Gold, Executive Director. “It really gives us an opportunity to showcase the best films that are involved in the Film Festival this year.”

One of the special guests will be Academy Award nominee Sally Kirkland. She, along with casting director Billy DaMota, will be presenting the short film Posey, which is endorsed by the Alzheimers Association. The film will kick-off the film festival this evening at 7:30pm. The pair will also conduct a workshop this afternoon for a small group of students with Connections Academy and MyAct. It is part of the Film Fest’s outreach efforts.

Organizers hope the weekend event will provide a boost to Twain Harte businesses that have been negatively impacted by the Rim Fire this past summer.

Films will be shown this evening, and throughout Saturday, at the former Black Oak Elementary School. The building is now known as the Telele Lodge. Several filmmakers will be on hand to speak about their work. Box Office tickets are $10 for adults and $8 for students. To find the schedule, click here.